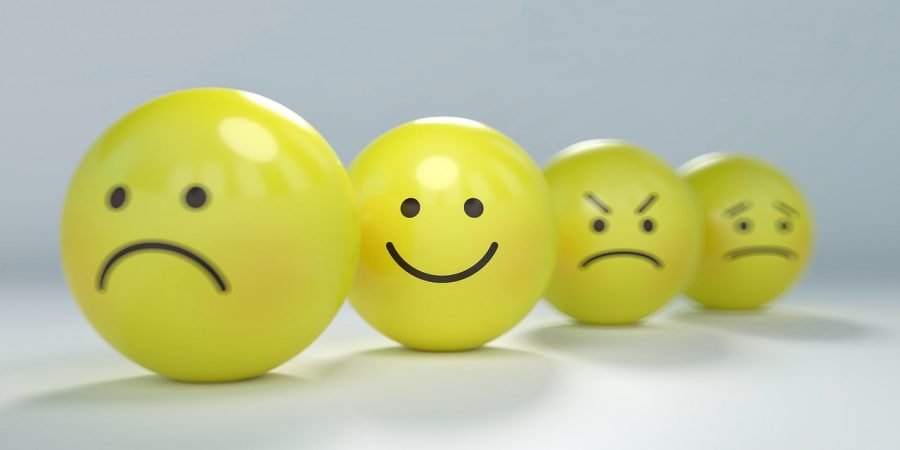 The intention behind what we say drastically changes depending on the way we say it. The manner in which we tell ourselves things is an underemphasized point when it comes to changing our thinking patterns from unhelpful thoughts to rational constructive ones. We say what we think we’re supposed to as if we’ve rehearsed a line, and due to the lack of conviction in our inner voice, we end up not believing the new thoughts altogether. We resort back to doubling down on the same way of thinking that got us into trouble in the first place because we didn’t have success convincing ourselves of a new healthier mindset.

It’s an art and science getting ourselves to accept a new belief system—especially if the old one’s been reinforced for most of our lifetimes. To get ourselves to change the way we think for the better, it’s not only about being consistent with rational thinking—but also with how emotive we are when we do it. Emotive means the amount of passion in our voice when we tell ourselves something. Emotiveness helps arouse intense feeling and therefore it’s very effective in the belief changing process. We need to think rationally in a more convincing manner pretending as if we already believe it.

When we’re going through a tough time and we feel disturbed about it, our unhelpful thoughts tend to be dramatic. These irrational thoughts are persuading because of the conviction behind our inner voice when we tell them to ourselves. Negative self-talk can be very loud, and hyperbolic. For us to combat these unhelpful emotionally charged beliefs with healthier yet subdued alternatives, we won’t have much success. We have to get our new rational thoughts to be as emotive as the unhelpful ones— if not even more so!

Picture two lawyers in a courtroom trying to convince a judge that their defendant is innocent. In order to be an effective lawyer, they need to have a lot of passion behind what they’re saying to convince the judge that their client is innocent. Chances are if they go in front of the courtroom they’d need to be even more emotive than the opposing lawyer when making their case. The same idea works for convincing ourselves of new beliefs. Often times we don’t have success in doing so because we lack this essential emotiveness skill. If you don’t fully believe the new beliefs that you want to convince yourself of, fake it ’til you make it! Tell them to yourselves consistently as if you already believe them, and in time you’ll find that it gets easier to adopt them as your own.